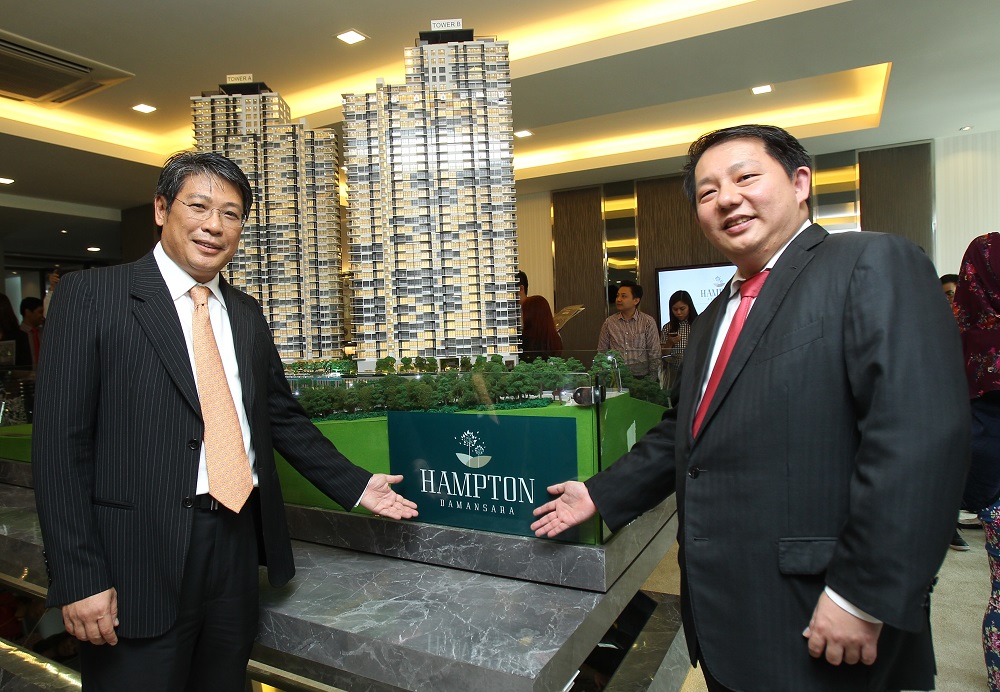 Hampton Damansara, which has a gross development value of over RM700 million, comprises 700 units spread over two 43-storey towers.

Each unit will be equipped with home appliances including a refrigerator, washing machine, fully fitted air conditioners for the rooms and the living room, kitchen hood and hob, plaster ceiling, built-in microwave oven and kitchen cabinets.

“Hampton Damansara is our first affordable luxury serviced apartment project. We are in Country Heights Damansara itself,” said Mayland managing director Datuk Kevin Woo at the media launch of the project today.

“There is easy accessibility and connectivity to Hampton Damansara through Lebuhraya Damansara-Puchong. It also has access to eight highways including the Penchala Link and Kerinchi Link that have access to the NKVE and DUKE highways,” he said.

The development is also close to eight shopping centres such as IKEA, 1 Utama Shopping Centre and The Curve, and several schools such as SJK(C) Puay Chai, SMK Bandar Utama and the British International School.

This project also has strict adherence to The Construction Quality Assessment System, a Singapore-certified standard assessment that dictates a minimum construction quality level.

Among some of the 46 lifestyle facilities residents can enjoy include the first crystal salt sauna in a serviced apartment development in Malaysia, an Olympic-size salt water swimming pool and an aqua gym, Woo added.

Woo also revealed that the group is currently working on a Mayland Loyalty Ownership Scheme which allows easier home ownership for its homebuyers.